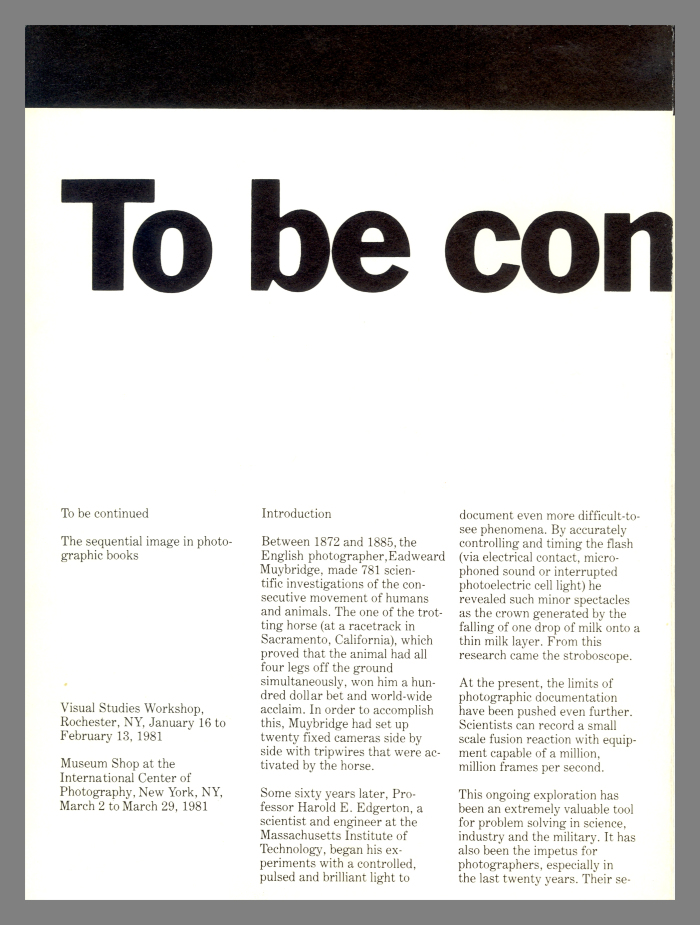 [Exhibition catalog for "To Be Continued: The Sequential Image in Photographic Books"]

"This exhibit brings together a group of artists whose photographic bookworks have common focal points even though they are from such diverse locations as New Mexico, Illinois, Massachusetts, The Netherlands, and Germany. Some have only begun showing in recent years while others are well established in the art world...Souza, Gleber, Mendoza and Kahlen deal with the manipulation of the photo image...Three others are concerned with human activities that are so commonplace that we fail to give them any importance in our visual landscape...The remaining seven photographers' books are about ordinary things." - Norman B. Colp, Curator of Exhibits