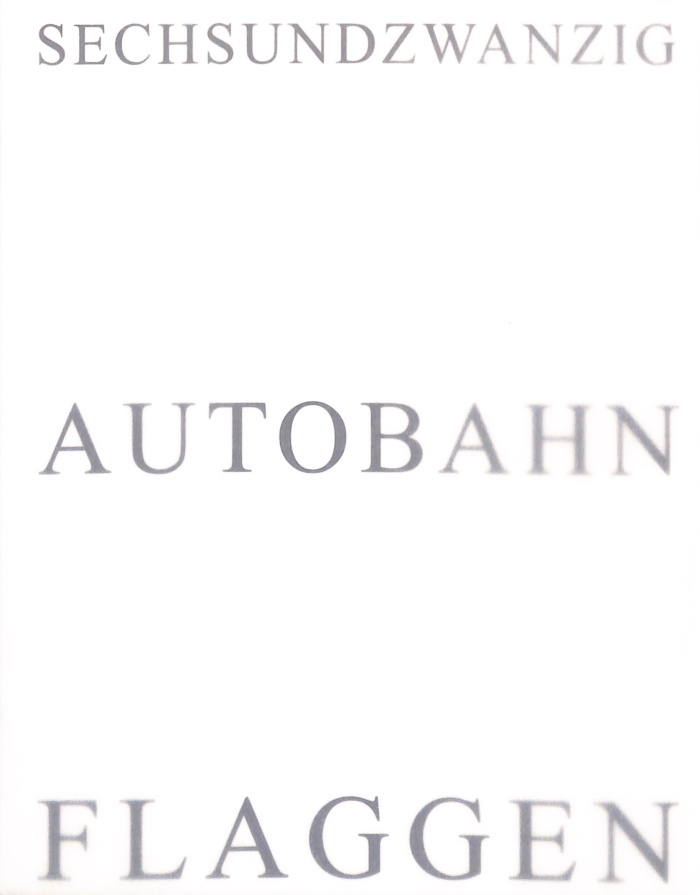 FA.B92.1404
Fine Art Collection
1 vol., unpaged : ill ; 18 x 14 cm.
2006
Michalis Pichler
Sapnu Sala
Revolver
Berlin
photography
Artist's book that appropriates the images from Ed Ruscha's "Royal Road Test."
Reproductions of a series of photographs taken in July 2006, from the window of a car driving on highways A100 and A115 in Berlin, focusing on fallen miniature German flags which had been mounted on cars. Issued in translucent wrapper.

"Series of photographs shot in July 2006 out of the window of a car driving on highways A100 and A115 (AVUS) in Berlin, focusing on German flags which had been mounted on cars before. Because of the mostly high speed there was little or no possibility of composing the frame.The sometimes hardly distinguishable flags provide a background for the apparent randomness in each photography. The book comes with transparent wrappers." - from http://www.buypichler.com/sechsundzwanzig.html