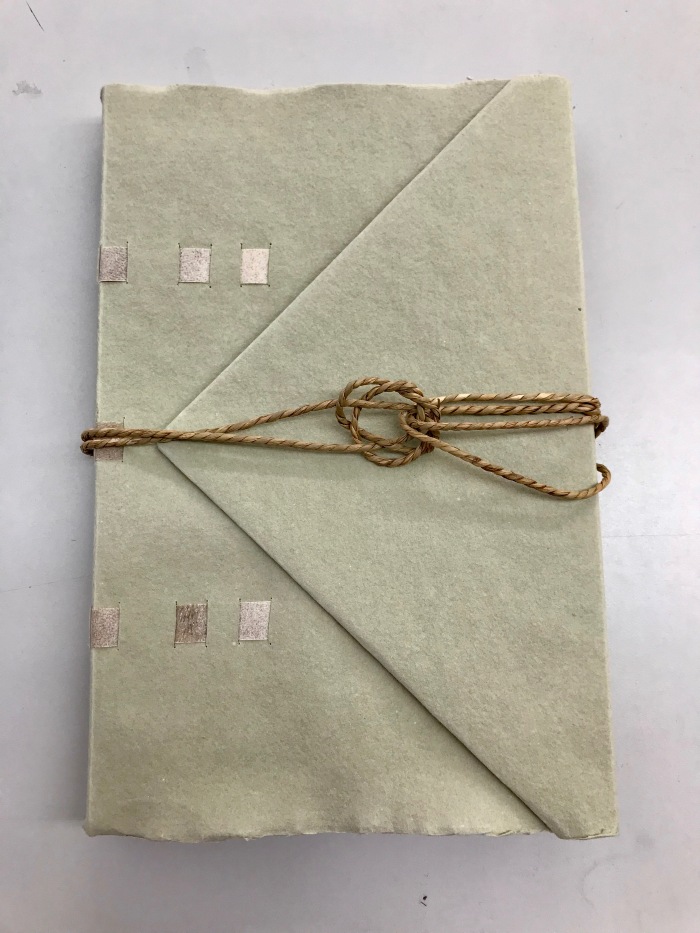 FA.B9.2071
Fine Art Collection
53 p. : ill. (color) ; 26.5 cm.
2008
Asheville BookWorks, Blue Barnhouse Letterpress
Gwen Diehn
The National Museum of Women in the Arts
National Endowment for the Humanities, Readers Digest Teacher-Scholar grant
National Museum of Austria
Helene Kottanner
Hildegard Stalzer
Medieval, memoirs
"Helene Kottanner, lady-in-waiting to Queen Elizabeth of Hungary, wrote her Memoir around 1450. It is believed that she did so to remind the ten-year-old King Ladislaus (who was at that time in the foster care of Emperor Freidrich III) of the services she had done for him and his family. Although the Queen had died in 1442, without having ever seen Kottanner or her son again after their separation and flight in 1440, Kottanner lived to see the young king reign from 1452 until his untimely death at the age of 17 from what is now believed to have been tuberculosis.

The manuscript, which is now in the archives of the National Museum of Austria in Vienna, was translated from Middle High German by Hildegard Stalzer in 1990-91, with the support of a National Endowment for the Humanities/Readers Digest Teacher-Scholar grant.

Book design, woodcuts, typesetting, printing and bookbinding are by Gwen Diehn with the generous help of several printer's devils and many bindery angels at Asheville BookWorks in Asheville, NC. Additional text printing and photopolymer plate making are by Blue Barnhouse Letterpress in Asheville, NC. Hungarian proverbs at the bottom of each page are from Janos Baranyai Decsi's Adagia as translated by Gyula Paczolay, University of Veszoprem, Hungary.

Pages are of 120 lb. Magnani Velata with covers of Twinrocker Simon's Green; binding is on parchment straps in a limp vellum style. Text is set in 10 and 8 pt. Garamond, and printing was done on antique Vandercook letterpresses at Blue Barnhouse and at Asheville BookWorks.

This edition of 125 copies was created for and supported by the Library Fellows of the National Museum of Women in the Arts, Washington, D.C.

Copyright 2008 Gwen Diehn and the National Museum of Women in the Arts, Washington, D.C.