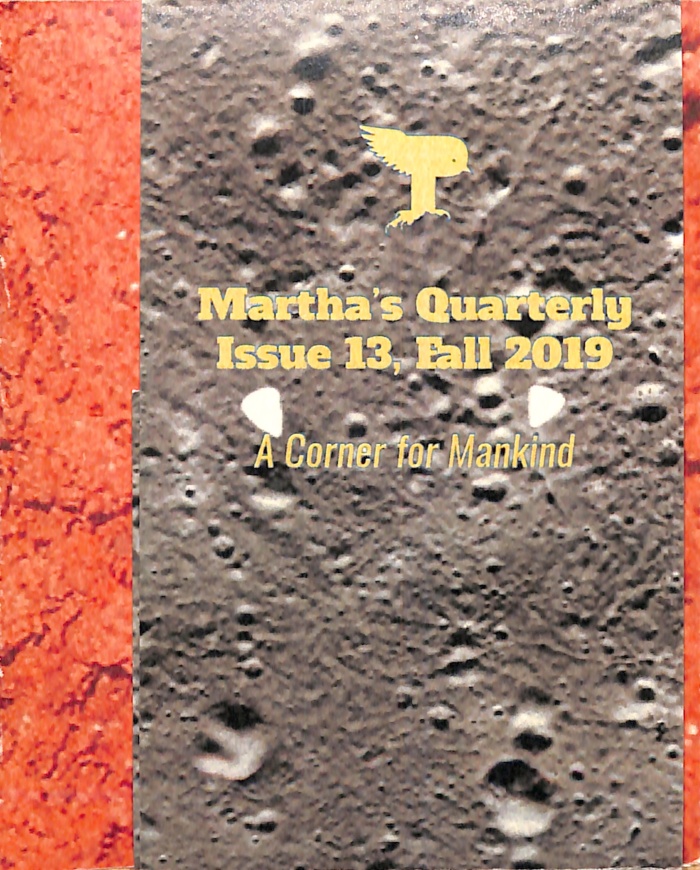 "The centerfold of this zine presents a pop-up volcano graced by illustrations of the Wekiu bug, an insect that thrives on Mauna Kea. Despite the extreme temperatures that can fluctuate between 108F and 25F and there is virtually no plant life, the Wekiu bug has found a way to thrive: by feeding off the insects that are carried by the wind to the mountain top to die.

"When you look inside the volcano, it turns into a sort of telescope wherein you can see an illuminated map of the stars from the planet's Southern Hemisphere that blankets many of humanity's 'Others', including those on the continent of Africa. In one of the signatures is a short story by Albinism awareness activist Nodumo Ncomanzi, who pens a futurist fiction where people with albinism have taken over governmental reins across Africa. The protestors that flood Harare's Airport Road in her narrative are remembered in the pop-up volcano: a distorted image of the modern road is centered inside of the volcano, making this particular model of Mauna Kea, a mountain of the mind, occupied by the conscience of the 'Other' from within.

"In the other signature is another futurist fiction by a man who held the government reins of America for a short time. In 1962, President John F. Kennedy gave a speech at Rice University wherein he rallied America to be excited about putting a man on the moon, a race between American and the Soviet Union. In his famous speech he sermonized: 'We choose to go to the moon. We choose to go to the moon in this decade and do the other things, not because they are easy, but because they are hard, because that goal will serve to organize and measure the best of our energies and skills, because that challenge is one that we are willing to accept, one we are unwilling to postpone, and one which we intend to win, and the others, too.'

"And as truthful as fate could ever be to a choice, America landed two men on the moon in the Apollo 11 mission in July 1969 under President Nixon, who on the phone said to astronauts Neil Armstrong and Buzz Aldrin that 'the heavens have become a part of man's world'. An 'Other' had been obtained by the landing of a few earthlings seeking out a national cause.

"...On the sides of this zine is a back-up speech prepared by William Safire, who was President Nixon's speechwriter. In case of a 'Moon Disaster', Safire penned: 'For every human being who looks up at the moon in the nights to come will know that there is some corner of another world that is forever mankind.'" -- Tammy Nguyen on passengerpress.com

"Martha's Quarterly, Issue 13, Fall 2019, 'A Corner for Mankind,' was printed with a photocopier with some parts that were laser cut. Oswald and Helvetica fonts were used in a variety of sizes and styles. The papers used include Springhill 60lb. ivory cardstock, Quill 20 lb. blue text weight, and 90lb metallic gold paper. It was designed by Tammy Nguyen and produced by Téa Chai Beer with assistance from Katrina Fuller. This was an edition of 200." -- colophon